The archipelago that is Japan is not only a subject of fascination for its history and culture, but also because of the incredible birding! Whether you are a keen birder, or someone who just enjoys seeing beautiful birds (or both!), this exploration with Chicago native and world-renowned gull expert Amar Ayyash takes in the very best of what Japan has to offer. While we’ll emphasize the amazing concentrations of Steller’s Sea Eagles, the spectacles of elegant cranes and the intriguing wealth of gulls, we’ll enjoy all the birds Japan has to offer.

‘The Land of the Rising Sun’ is host to a marvelous variety of habitats. We begin in bustling Tokyo, with a dash down to the coast at Choshi, where Slaty-backed, Vega and Black-tailed Gulls gather, and Japanese Cormorants, and White-cheeked Starlings may grace us too. Then we are off south to the island of Kyushu, which plays host to one of the greatest avian spectacles on earth, with thousands of Hooded and White-naped Cranes spending the winter here along with other specialties like Brown-cheeked Rail, Chinese Penduline Tit, Saunders’s Gull and the superb Mandarin Duck. On the eastern side of the island, we will attempt to locate the near-endemic Grey Bunting among many other exciting and memorable species.

On the beautiful, northerly island of Hokkaido, with its fields of snow, frozen lakes and rugged seacoasts, we hope to marvel at the impressive Blakiston’s Fish Owl, magnificent Steller’s Sea Eagles and elegant Red-crowned (Japanese) Cranes. In addition, the coasts here are home to numerous species of sea-ducks, Loons and Auks, and we will also keep an eye out for wintering passerines, including the beautiful Asian Rosy Finch.

We invite you to join us on our unforgettable exploration of Japan, the ultimate winter wonderland, with one of the U.S.’s best-known birders! 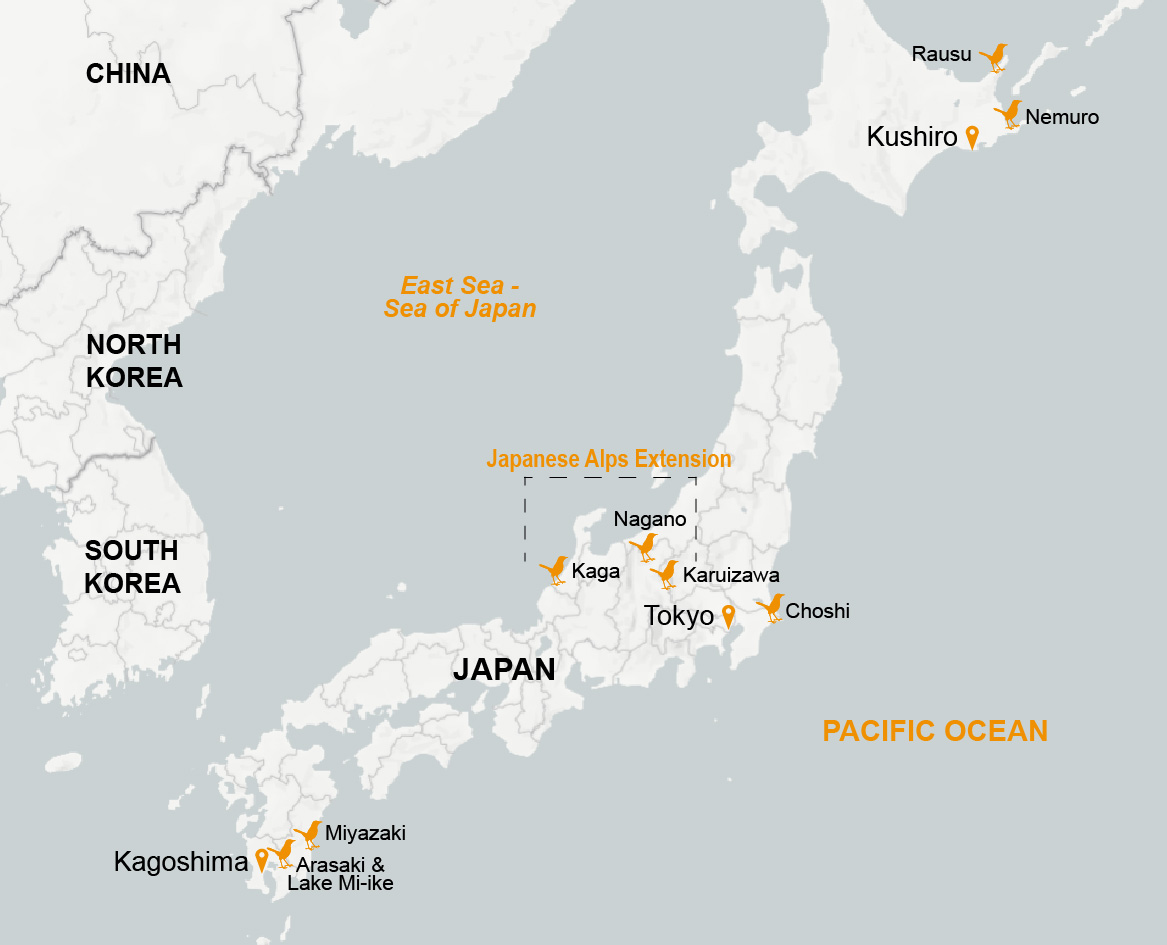 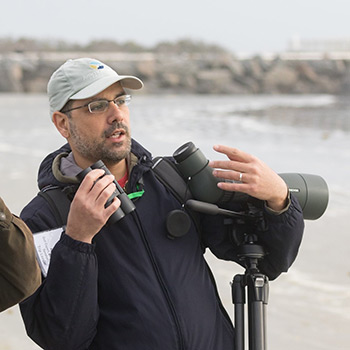 
Amar Ayyash lives in the Chicago area where he combines his passions for teaching and birds. A well-known blogger and speaker, Amar is frequently found at wildlife festivals doing what he enjoys most: guiding others to new birds. An expert on gulls, Amar has authored a number of technical articles on the subject and remains dedicated to various projects throughout North America that aim to advance our knowledge of this family. He coordinates the annual Gull Frolic on Lake Michigan and serves on the Board of Directors for the Illinois Ornithological Society.

What our clients say about tours to Japan